Home > Academy of Witchery and Wizardcraft! 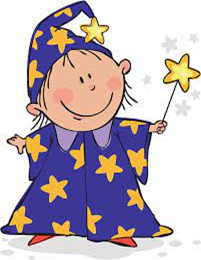 The Moorfield Academy of Witchery and Wizardcraft!

It’s another term at the Moorfield Academy of Witchery and Wizardcraft… but something’s not quite right.

Teachers are weirder than normal, strange noises fill the air, and students keep vanishing and popping up again!

The Academy’s old headteacher, Mrs Creepshaft, is on the run from the Wizard Police. Disguised as a pupil, Creepshaft wants revenge on the school – and nothing will stop her! That is, except, maybe three young witches – who are pretty good with wands and much braver than they think!

This summer, join Moorfield’s drama teacher, Mr Chilton, for three days of drama, movement and magical silliness, leading up to a performance of a brand-new mini-musical, created especially for Moorfield.